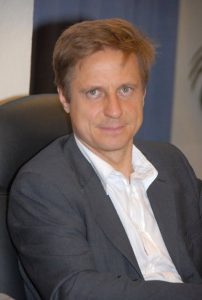 MD, MS in Nutrition and Dietetics. Founder of Signal Medicine and GIFT Diet, President of AMPAS, Coordinator of the Network of GIFT Professionals.
Author and co-author of numerous books on the impact of nutrition, sport, and lifestyle on health. Journalist focused on health and sport. Physician responsible for the Italian National Ultramarathon teams, Licensed Athletic Trainer, Marathon and Triathlon enthusiast.

Outpatient setting. Dr. Speciani and his colleagues, providing the best evidence-based care, put a strong emphasis on the impact of lifestyle change in terms of nutrition, physical activity and psychology and their respective ability to improve outcomes. A long first interview with each patient, regardless of their condition, raises compliance.

AMPAS (in English: Association of Physicians for Signal Nutrition) is an organization with more than 300 members, all doctors from different specialties whose aim is to promote Signal Medicine, an evidence-based model of health based on the regulation of endocrinological axes through nutrition, physical activity and lifestyle changes. The Association helps the development of Signal Medicine and organizes CME courses aimed for physicians.

GIFT Diet is the branch of Signal Medicine that focuses on nutrition. Both physicians and providers, such as dietitians, may help patients understand and apply its rules. The Network of GIFT Professionals brings together more than 200 professionals from different backgrounds, helping the development of collaborations and project between members.
Dr. Speciani is the coordinator and provides CME courses, training and evaluations aimed for professionals who wish to be involved in the project.

Having assisted the Italian UltraMarathon teams since 2008 as a Nutritional Consultant, in 2011 Dr. Speciani became the physician in charge for the nutrition plans of the team.

Helping the Italian Ultramarathon teams to understand the importance of specific rules in nutrition and how to proficiently use nutrition as a mean to improve performance, as a consultant.

He worked as a nutritional consultant in an outpatient setting with an immunologist. As an athlete himself, he also helped athletes to develop training plans and to understand how nutrition could impact and improve their performance.

Cultivating antique varieties of plants resistant to illnesses. He also focused on phytotherapy, on the health effects of additives and preservatives, and on animal nutrition.

Experience in informatics. As a salesperson and then a manager in companies related to IBM.

Dr. Speciani wrote more than 30 books focusing on Sport, Nutrition, Health, Illnesses and how they influence each other, some to help professionals understand the basics of nutrition and how to use it to treat illnesses, some to help patients to develop their own nutritional schedule. He also wrote books about the interaction between food and mood, and as lifestyle change as a treatment for depression.

This website uses cookies to improve your experience while you navigate through the website. Out of these, the cookies that are categorized as necessary are stored on your browser as they are essential for the working of basic functionalities of the website. We also use third-party cookies that help us analyze and understand how you use this website. These cookies will be stored in your browser only with your consent. You also have the option to opt-out of these cookies. But opting out of some of these cookies may affect your browsing experience.
Necessary Always Enabled
Necessary cookies are absolutely essential for the website to function properly. This category only includes cookies that ensures basic functionalities and security features of the website. These cookies do not store any personal information.
Non-necessary
Any cookies that may not be particularly necessary for the website to function and is used specifically to collect user personal data via analytics, ads, other embedded contents are termed as non-necessary cookies. It is mandatory to procure user consent prior to running these cookies on your website.
SAVE & ACCEPT
Go to Top